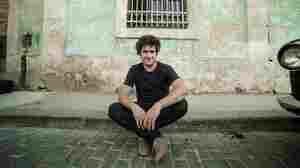 Harold Lopez-Nussa hopes increased exchange between Cuban and American musicians can continue. "I have a lot of hope about this approach," he says. "It will be better for all of us." Eduardo Rawdriguez/Courtesy of the artist hide caption

November 30, 2016 • Harold Lopez-Nussa was trained in the formidable classical music education system set up in Cuba after the revolution. He's among the first of his class to get a deal with a U.S. record label.

November 30, 2016 • Incorporated is a new show on Syfy executive produced by Matt Damon and Ben Affleck. It imagines a dystopian future where corporations run the world, not governments. If you work for a corporation, you live an upper-middle class life. If you don't, you live in a slum.

November 30, 2016 • Kenneth Lonergan's new film is about a janitor, crippled by guilt and grief, who returns to his hometown after the death of his brother. 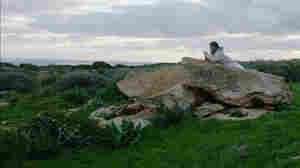 Gianfranco Rosi's documentary, Fire at Sea, is set on the tiny Sicilian island of Lampedusa, where tens of thousands of migrants come ashore each year. 01 Distribution hide caption

November 30, 2016 • Critic John Powers discusses the Italian documentary, Fire at Sea, and the novel, These Are the Names. The works take very different — but nonetheless poignant — approaches to the refugee situation. 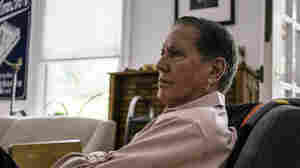 Artist William Christenberry at his home in Washington, D.C., in 2015. Christenberry died Monday at the age of 80. Greg Kahn/GRAIN for The Washington Post via Getty Images hide caption

William Christenberry, Artist Whose Muse Was Rural Alabama, Dies At 80

November 30, 2016 • The photographer, who also painted and sculpted, returned to the place of his youth every summer, chronicling the lives of old buildings and roadside businesses as they changed with age. 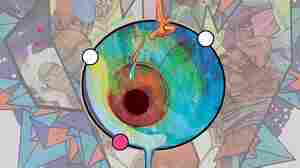 In 'ODY-C,' A Greek Hero Worthy Of Women 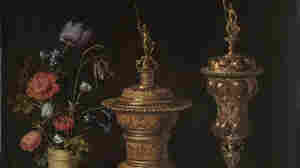 Still life with Flowers, Gilt Goblets, Coins and Shells was created by Clara Peeters in 1612. Peeters hid small self portraits in the goblet on the right. Staatliche Kunsthalle hide caption

In A First, Spain's Prado Museum Puts The Spotlight On A Female Artist

November 30, 2016 • Clara Peeters, a 17th century Flemish painter, hid tiny self-portraits in her still life paintings. She wasn't a household name, then or now, and just 40 or so of her paintings have survived.

In A First, Spain's Prado Museum Puts The Spotlight On A Female Artist 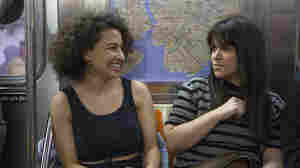 Stand Clear Of The Doors: TV Finally Gets On Board With Mass Transit

November 30, 2016 • TV doesn't have the best track record with public transportation; in the '90s and early 2000s, even shows set in New York rarely showed characters on the subway or bus. Now, that's starting to change.

Stand Clear Of The Doors: TV Finally Gets On Board With Mass Transit 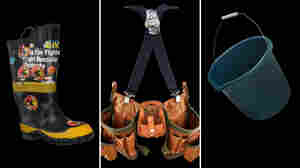 (Left) A firefighter's boot used to collect money from motorists for the "Fill the Boot" campaign for muscular dystrophy which started in 1954. (Center) A Habitat for Humanity belt was used by a volunteer in rebuilding homes in Louisiana after Hurricane Katrina. (Right) Bucket used by Jeanette Senerchia in 2014 launching the viral ALS Ice Bucket Challenge. Courtesy of National Museum of American History hide caption

November 29, 2016 • Visitors to the National Museum of American History can see artifacts like the bucket used to launch the ALS ice bucket challenge and how they played a role in charitable giving throughout history.

In The New 'Gilmore Girls,' Rory Gilmore Turns Out To Be A Bad Journalist

November 29, 2016 • The beloved show Gilmore Girls returned to the screen last week. In a Netflix revival, the characters are facing new challenges, but one character has been seen as a disappointment: Rory Gilmore. Megan Garber of The Atlantic describes why.

In The New 'Gilmore Girls,' Rory Gilmore Turns Out To Be A Bad Journalist 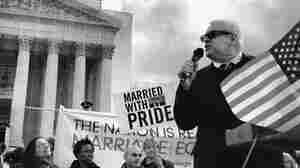 November 29, 2016 • Jones became an activist after Harvey Milk's assassination, and he lost countless friends to the AIDS epidemic. He says, "There are some days when it is so painful that I really can barely function." 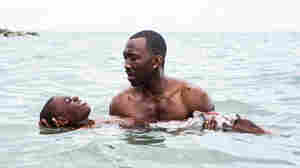 Alex Hibbert and Mahershala Ali, from a scene in "Moonlight. David Bornfriend/Courtesy of A24 hide caption

toggle caption
David Bornfriend/Courtesy of A24

'Moonlight' Scored At The Gotham Awards, Which Is Why We Have Awards

November 29, 2016 • The ability of an initially low-profile film like Moonlight to soar at the Gotham Awards is one of the times when awards prove they don't have to just be cynical back-patting exercises. 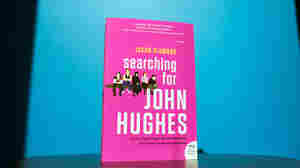 'Searching For John Hughes,' And Finding Yourself

November 29, 2016 • Jason Diamond tried to write a biography of John Hughes, director of classic '80s teen movies, but along the way, the story became more about his search for Hughes than the elusive filmmaker himself.

November 28, 2016 • The new Broadway musical was inspired by the hit 1951 Hollywood musical starring Gene Kelly, with music by George Gershwin. Critic Lloyd Schwartz explains why he hopes a lot of people see the show. 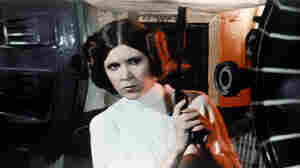 Carrie Fisher Opens Up About 'Star Wars,' The Gold Bikini And Her On-Set Affair

November 28, 2016 • In her new memoir, The Princess Diarist, Fisher looks back on playing Princess Leia when she was 19 and reflects on her romantic involvement with her older, married co-star, Harrison Ford.

Carrie Fisher Opens Up About 'Star Wars,' The Gold Bikini And Her On-Set Affair