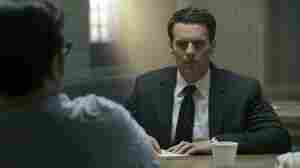 'Mindhunter' Actor Jonathan Groff On His Most Life-Altering Roles

October 31, 2017 • Groff says his work on HBO's Looking changed his life: "It's one of my favorite things I've worked on, the most personal thing I've worked on." He now stars in the Netflix series Mindhunter.

'Mindhunter' Actor Jonathan Groff On His Most Life-Altering Roles 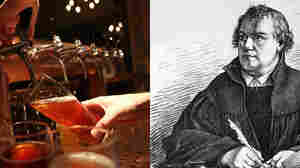 Left: A bartender at Hops & Barley brew pub pours a pint of beer in Berlin, Germany. Right: A portrait of Martin Luther. The protest that Luther launched 500 years ago not only revamped how Europe worshiped, but also how it drank. He and his followers promoted hops in beer as an act of rebellion against the Catholic Church. left: Adam Berry Right: Ullstein bild via/Getty Images hide caption

The Other Reformation: How Martin Luther Changed Our Beer, Too

October 31, 2017 • The protest movement Luther launched 500 years ago revamped not only how Europe worshipped but how it drank. We'd call him the patron saint of beer except, well, he wouldn't like the "saint" part. 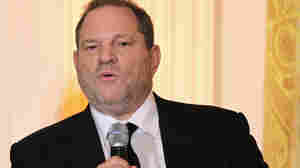 Harvey Weinstein was banned from the Producers Guild of America in what the group called an "unprecedented" step. Alex Wong/Getty Images hide caption

October 31, 2017 • Citing Weinstein's "decades of reprehensible conduct," the Producers Guild of America voted unanimously to remove him from its ranks, which it said was an "unprecedented step." 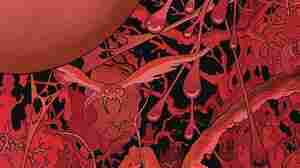 October 31, 2017 • Halloween is a time for surprises, so it's a great time for Satania, by Fabien Vehlmann and Kerascoët — it's a thoroughly surprising story about a young girl searching for her missing brother. 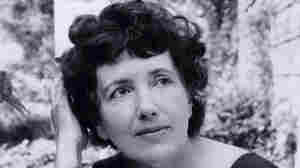 A portrait of Patience Gray taken in 1959 by a colleague at the Observer. A British food writer, Gray advocated slow food and foraging long before the rest of the food world. Her work had outsized influence on chefs from Alice Waters on. A new biography tells her story. Photo by David Sim hide caption

'Fasting And Feasting': The Remarkable Life of Patience Gray

October 31, 2017 • A British food writer, Gray advocated slow food and foraging long before the rest of the food world. Her work had outsized influence on chefs from Alice Waters on. A new biography tells her story.

'Hank And Jim' Highlights The Long Friendship Of 2 Hollywood Legends

October 31, 2017 • A new biography documents the lives and friendship of actors Henry Fonda and James Stewart.

'Hank And Jim' Highlights The Long Friendship Of 2 Hollywood Legends

The Architecture Behind The Quintessential Haunted House

October 30, 2017 • NPR's Ari Shapiro speaks with Mary Jo Bowling from Curbed on why Victorian architecture came to be associated with everything spooky and scary.

The Architecture Behind The Quintessential Haunted House 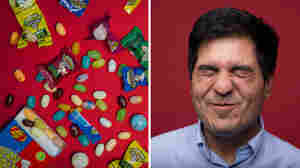 NPR intern Kevin Garcia endures the sour taste of Warheads hard candy. Why are we tempted by candy that pretends to be made of hazardous chemicals, that threatens to nuke our taste buds, or that dares us to be disgusted? Photo illustration by Josh Loock/NPR hide caption

Toxic. Sour. Atomic. Why We Love To Hate Gross Candy

October 30, 2017 • Candy is supposed to be sweet and delicious. So why are we tempted by candy that pretends to be made of hazardous chemicals, that threatens to nuke our tastebuds, or that dares us to be disgusted? 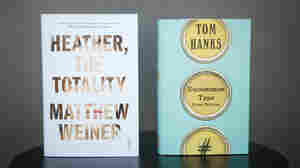 October 30, 2017 • The actor and the Mad Men creator each recently published a book: Hanks' Uncommon Type is a short story collection and Weiner's Heather, The Totality is a novella about two upper-class New Yorkers. 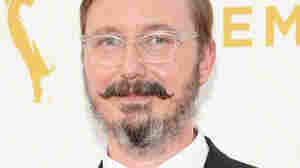 John Hodgman's previous books include That Is All and The Areas of My Expertise. Al Powers/Powers Imagery/Invision/AP hide caption

John Hodgman Reflects On His Mother's Death And White Privilege

October 30, 2017 • Hodgman says, "The biggest privilege of white privilege is the ability to turn off race and pretend that it is not an issue." His new book is called Vacationland.

John Hodgman Reflects On His Mother's Death And White Privilege 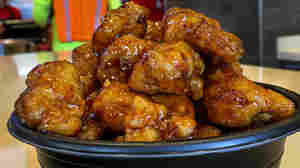 Panda Express came up with the recipe for Orange Chicken 30 years ago today. It's the company's signature dish and top seller. Nina Gregory /NPR hide caption

October 30, 2017 • The concoction, crispy fried chicken tossed with a sweet and sour sauce, is an Americanized version of dishes found in China. But this top seller has developed its own authenticity over the years. 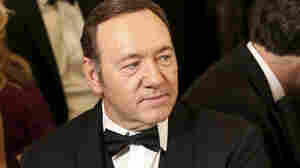 After a fellow actor made allegations against him, Kevin Spacey says, "if I did behave then as he describes I owe him the sincerest apology for what would have been deeply inappropriate drunken behavior." Aude Guerrucci/Getty Images hide caption

October 30, 2017 • "I'm beyond horrified to hear his story. I honestly do not recall the encounter," Kevin Spacey said in response to allegations.

October 30, 2017 • In the wake of the Harvey Weinstein sexual abuse scandal, some states are considering barring nondisclosure agreements in the settlement of claims. 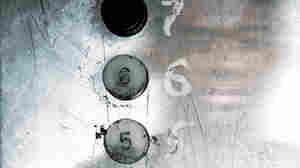 In 'Long Way Down,' The Ghosts Of Gun Violence Chill A Plan For Revenge

October 30, 2017 • Jason Reynolds' new book follows a 15-year-old who must make a crucial decision after the murder of his brother, all in the time it takes for an elevator to travel 60 seconds to the ground floor.

In 'Long Way Down,' The Ghosts Of Gun Violence Chill A Plan For Revenge 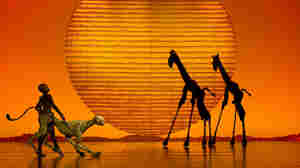 While in the film "Circle of Life" is sung by a voice off-screen, Rafiki takes on the opening number in the The Lion King musical. Joan Marcus hide caption

October 29, 2017 • Director Julie Taymor took an unconventional tack in adapting the animated film for the big stage. Even 20 years on, she finds the musical's social themes evolve and resonate with audiences worldwide.